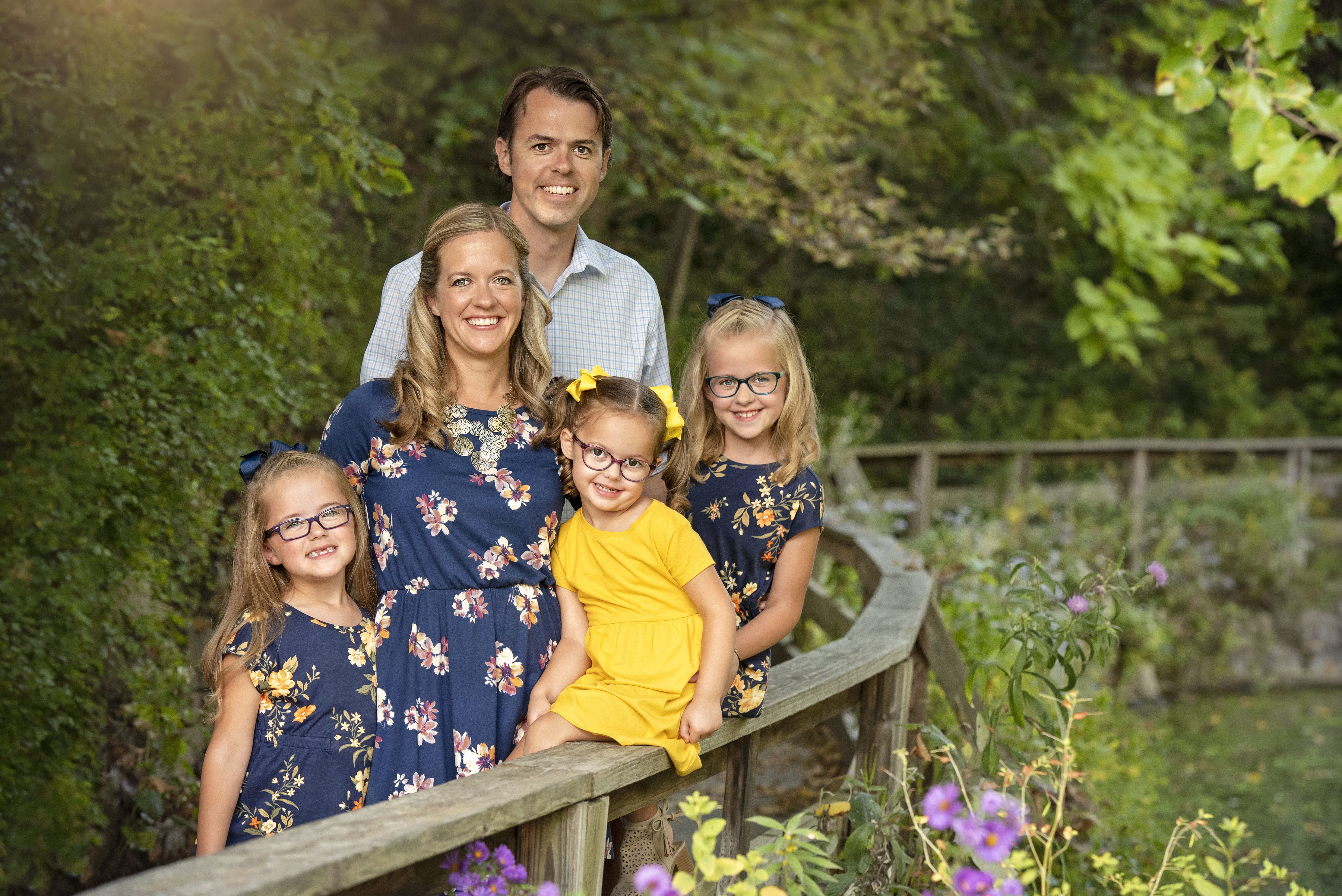 My family is plagued with cancer and because of this I always wanted to be an oncology nurse. I wanted to learn as much as possible about this disease because knowledge is power. In the summer of 2010, I completed genetic testing and found I was BRCA2+. In the summer of 2014, at age 29, I started my annual mammograms and MRIs every six months. In the first five years, I was called back in twice for repeat scans. These scans were negative but emotionally this caused me a lot of anxiety. Financially we were paying $3000 a year for MRIs (because insurance deemed it as experimental, despite evidence-based practice), and physically with the BRCA gene, I had a 50-80% chance of being diagnosed with breast cancer. I didn’t like my fate being a 50/50 coin flip so I took action. I met with Dr. Hollin’s at Village Pointe Aesthetics. I determined which surgeons he prefers to work with. I was given an estimate. I saved money for a year and finally set a date for surgery. I figured with the support of my wonderful husband Brett I could get through anything.

On November 6, 2018, I had an elective bilateral mastectomy. Unfortunately, right out of surgery we were told that there was poor blood flow to the left breast flap. As a nurse, I knew post-op complications can occur. My mindset was to take things a day at a time and see what happens. Things can always be worse. I told myself, “This result is better than cancer.”

On November 16, 2018, I went in for a routine post-op follow up appointment. Here we also received my pathology results revealing that the tissue removed was positive for cancer (Dx: DCIS). My last Mammogram in March of 2018 was clear but having my elective surgery found and removed my cancer at its earliest stage. Praise the Lord the margins were clear, lymph nodes negative, and there was no need for chemo or radiation. Absolutely the best bad news I’ve ever received. I’m so blessed God led me to my decision of having this surgery at 34 years old.

Unfortunately, over the next two months, I had healing complications due to poor blood circulation on the left side. The dressing changes twice a day and repeat wound debridements weren’t fun, to say the least. After hoping and praying my body would heal itself the healing ceased. My wound was tunneling and Dr. Hollins informed me I was going to have to have three more surgeries. The first words out of mouth were, “are you f***ing kidding me!” I’m typically more composed than this but I had been away from my job as a bedside nurse for two months now and three more surgeries meant I wouldn’t be able to lift more than ten pounds or return to my job for who knows how long. The scramble to find a new job began, but I put my trust in God and kept reminding myself that he always has a plan. Finally one day I crossed paths with Kim Sieck, a long time operations director within my health system. She has worked in healthcare for years and is one of those nurses you admire and hope that someday you can be just like her. She has an empathy that never ends and someone who has gained her angel wings through her years of service. She gave me a shot to work with her team in our electronic ICU. Luckily, this filled my work hours for almost the entire next year. Plus this team provided me with the emotional support I needed. Once again God knew this knowledgeable group of experienced RNs, PAs and APRNs would be the tribe I needed to help make complicated medical choices over the next year.

January 4, 2019, I had surgery #2 to remove the left breast expander and close my tunneling wound. JP drains for another 2 weeks and the 4 month waiting period until a new expander could be placed began. Emotionally only having one breast was difficult. Nothing fit right and it was hard trying to answer all the questions from my three little girls under the age of eight. One afternoon I decided to visit Inner Beauty at Methodist Hospital. Here the ladies fit me with a breast prosthesis. I’ll be honest I cried a lot of happy tears to feel somewhat normal again. Then when I tried to pay they said, “we have donations for these types of things”. You can imagine my waterworks at that point. At this visit, they also gave me contact information for Project Pink’d. Overwhelmed with life and a new job I thought what the heck. I don’t like to cry in front of my family and friends because I want them to think I have my s*** together. I needed to unload my emotions somewhere so why not on a group of complete strangers who have previously walked this path. This might sound crazy to some but my life was nuts so I figured why not add to the crazy. I contacted Kelly Konan hoping for some practical and tangible support. My brief conversation with her was amazing. I’ll never forget when she said, “your cancer counts.” For months I told myself I didn’t have to have chemo or radiation. My story is not nearly as crazy as some thus I needed to quit feeling sorry for myself. But when she said those three little words it changed a lot for me. I finally realized that my cancer did count and suppressing my feelings for months wasn’t healthy. I needed to talk about them. Therefore, my next step on my Pink’d journey was to meet with Julie Sherman. I met a stranger for coffee and an hour later I was still lost in conversation. After that coffee date, I knew this group and these ladies were truly something special.

April 26, 2019, I had surgery #3 to reinsert my left breast expander. Then the slow fill process began. Finally on November 12, 2019 (an entire year after my initial surgery) I finally had my fourth and final surgery. My permanent implants were placed and although I had become close with Dr. Hollins & his APRN Stacey Sanders I was so happy when they told me I didn’t have to follow up with them for an entire year. It felt like the finish line to the madness. Physically I was done with surgeries. I went back to being a bedside nurse, running and working out regularly, but something was missing. Something had changed. This is when my journey with Project Pink’d truly began. I applied for the Dare to Thrive retreat and was accepted! I had no idea what to expect or what this journey would hold but I was ready to dive in and find what was missing. I was officially a survivor but I was ready to become a THRIVER! Tune in as I continue to share.