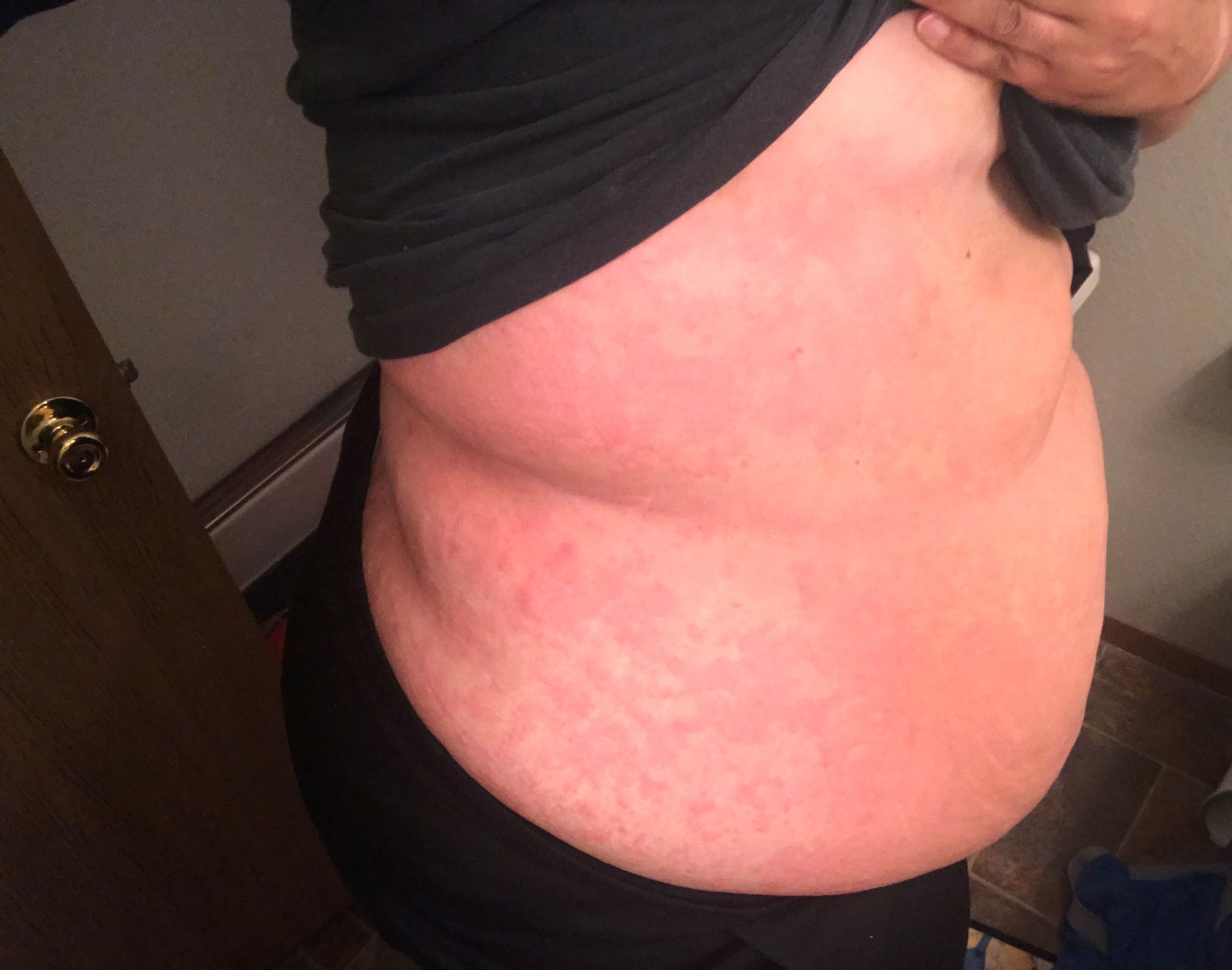 So I don't feel like my intro was not enough. So I wanted to get into my story a little more. Let's travel back in time together, Let’s just start at the beginning. I was a very large chested woman. I have always had dense breast tissue. So whenever I did my own breast exams I had always felt lumps. So I had been doing my exams like normal and I started to feel the same lump and it was not breaking up like others. I had told my husband and mother about it. This was probably June or July of 2018 and I was getting married in September so the last thing I wanted to do was go to the doctor, money was coming out of my bank account fast enough anyway.
So I continued to watch the lump it started to grow in size about the time we got married this was September 22, 2018. So I had waited another week after that because we had family in town trying to get all the gifts to our apartment. I also had to go back to work so there was just another busy week. This puts us at the beginning of October. I called my primary care doctor to get in to get this lump checked out. This is when I was told that the lump felt like a cyst. I was put on a 2 week antibiotic. When I got home something told me to look up this med I was just put on. So I looked it up and it had said that it was a slow-release antibiotic so with this I was told I had to go through a menstrual cycle before coming back if the lump was still there. I read up on some other things with this antibiotic, but at the same time, I didn't want to look up too many things because well the Internet we all know that hole we can dive in and never get out. I had gotten through the antibiotic and was waiting to get through my cycle.

One night we went to Culver's for dinner and I got the shrimp basket, we ate late that night for some reason. We had gotten back to our apartment and stayed up for another hour or longer. I had woken up in the middle of the night because my arm had been itching so bad. I turned on my bedside table light and my arm was just covered in hives. Woke up my husband and told him that I had broken out. In the past sometimes there was something put into shrimp to preserve it and I have broken out in hives before. So we just took it that this had happened again, we got up, dressed, and went to a CVS to get Benadryl. In the past, the hives would clear up in one or two days. In this case, the hives had not cleared up and they had only been getting worse. Called the primary care doctor again told her the story, she had me go to an allergy specialist to see if there was something I had come in contact with because by this time I had been to the ER because the hives were so bad on my face and lips we were concerned they would have traveled my mouth and throat. It was 3 days before I could get into the specialist. By this time I was on an anti-itch cream and oral pill, also some type of steroid. 3 days was not that bad to wait by now the steroid and anti-itch stuff was working so it wasn’t bad so I could handle it. In those 3 days I had now cleared up and there was nothing to see when I got to the specialist (Well Of Course!!). Also being the millennial I am, I did put it out on Facebook asking others if this had ever happened to them. Most people that had gotten hives for the span of 2 weeks like I had were when they got pregnant and of course with us just getting married that's what everybody assumed.

After the specialist was not able to find anything wrong with me or any serious allergic reaction to anything, I was able to finally make my follow-up appointment with a primary care doctor because the lump was not gone, at this point, it was larger and was starting to swallow my nipple. Going into my appointment I had the thought of breast cancer but I also just wanted to think that cancer had an age and I was just too young for this. The doctor could clearly see that the lump was not smaller, she decided to send me to the hospital where I could get an ultrasound and mammogram. Later that day I had to call to get my ultrasound scheduled but we were going to block off a time just in case I needed to have a mammogram. Three days later I was in to get my ultrasound. When the ultrasound tech was mapping out my tumor I could clearly see how big this actually was. In this one moment, there was a gut feeling that cancer does not have an age and one of my worst fears was about to come true. The ultrasound tech finished up her pictures and imaging and told me to hold tight she was going to go show these images to her boss and then they would decide if I needed to get a mammogram. with how the story has wind we all know that I had to get my first mammogram. After my mammogram, I was able to get dressed and someone would come to get me after the mammogram was read to let me know if I needed to get a biopsy. I felt like it was forever waiting to see what they all saw on the images. When the man came in to talk to me about my mammogram he seemed very nervous and it was hard for him to speak to me and look at me in the eye. He told me there was something suspicious on my mammogram so they wanted to send me to get a needle biopsy as soon as possible. For some reason at this point all I could do was laugh, only because if they would have known the last few months of my life and how chaotic it had been they probably would have laughed too.